The Local Control Accountability Plan (LCAP) is a critical part of the Local Control Funding Formula (LCFF). Each school district must engage parents, educators, employees, and the community to establish these plans. The plans will describe the school district’s overall vision for students, annual goals and specific actions the district will take to achieve the vision and goals. The LCAPs must focus on eight areas identified as state priorities. The plans will also demonstrate how the district’s budget will help achieve the goals, and assess each year how well the strategies in the plan were able to improve outcomes.
View the 19-20 SWSD LCAP and Executive Summary
2019 SWSD LCAP
2019 SWSD LCAP Infographic
2019-2020 Executive Summary
2019-2020 LCFF Budget Overview for Parents
We want to hear from you! Fill out our comments & suggestions survey:
LCAP Comments & Suggestions
LCAP Parent Advisory Committee (PAC)
Plus Meeting
Date: Wednesday, February 26, 2020
Time: 6:00 PM
Location: SWSD Board Room
Our LCAP Parent Advisory Committee (PAC) Plus Meeting invites all stakeholders, parents, and staff members to join us in discussing the district's Local Control and Accountability Plan goals and actions for student achievement. 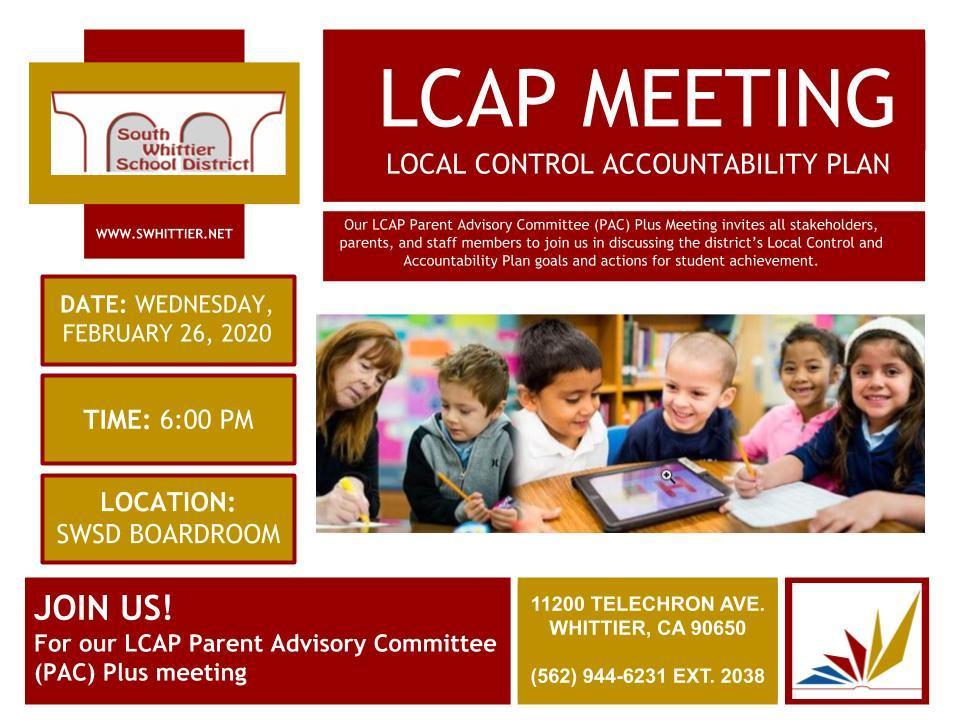 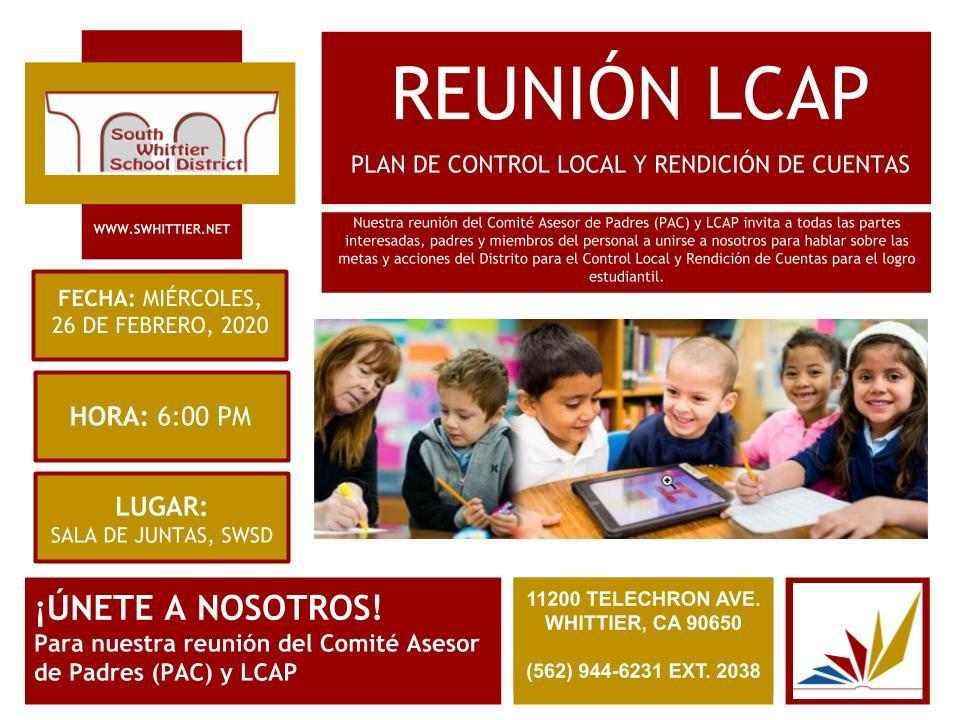 Under the old system, school districts received approximately two-thirds of their revenues as general-purpose funding based on complex historical formulas (known as "revenue limit" funds), and about one-third through nearly four dozen highly regulated "categorical programs," such as for summer school, textbooks, staff development, gifted and talented students, and counselors for middle and high schools.

Under the new system, districts will receive a uniform base grant for every district, adjusted by grade level, plus additional funds for students with greater educational needs, defined as low-income, English learner and foster youth students. Districts will get an additional 20 percent of the base grant based on the numbers of these students enrolled in a district, and even more when they make up more than 55 percent of a district's enrollment.

Districts will have broad discretion over how to use the base grants. The funding law says that districts must expand or improve services for high-needs students in proportion to the additional funding that these students bring to the district.

School districts have more authority to decide how to spend their money. But they also face new obligations to show that their spending improved student performance. Districts must adopt a Local Control and Accountability Plan (LCAP), after soliciting suggestions from teachers, parents and the community, and update it annually.

The plan must spell out the district's goals for improving student outcomes according to eight priorities set by the state, and align spending to meet the goals. Districts that fail to meet their goals and improve student outcomes will receive assistance from county offices of education and through a new agency, the California Collaborative for Educational Excellence. Districts that are persistently failing could be subject to state intervention or even a state takeover.